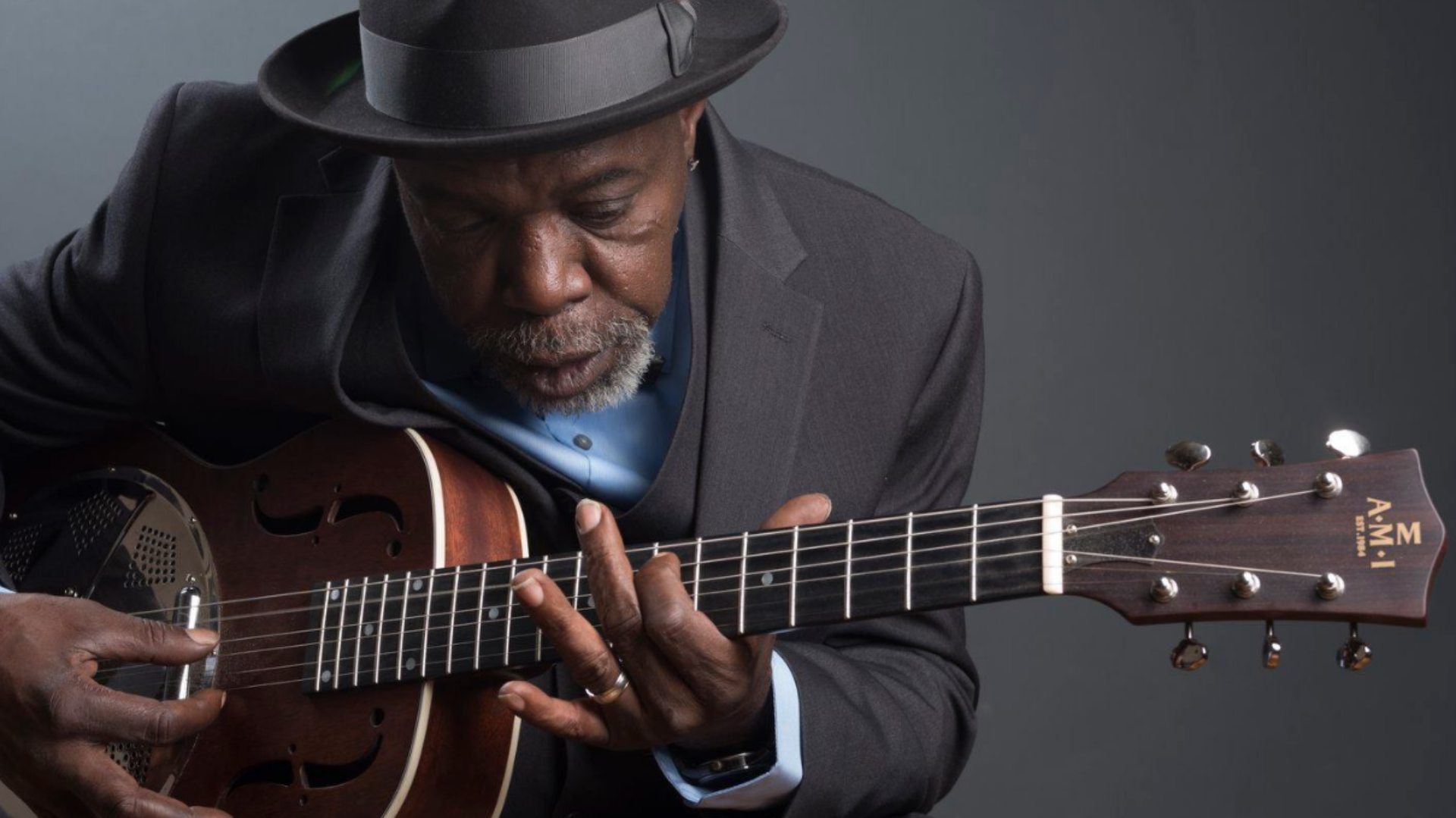 Born into the blues

Born in 1958, the son of famed blues harmonica player Carey Bell, Lurrie Bell picked up his father’s guitar at age of five and taught himself to play. He was clearly gifted. In addition, he grew up with many of the Chicago blues legends around him. Eddie Taylor, Big Walter Horton, Eddie C. Campbell, Eddie Clearwater, Lovie Lee, Sunnyland Slim, Jimmy Dawkins and many more were frequent visitors to his house. They all helped to shape and school him in the blues, but none as much as his father’s long-time employer Muddy Waters. At seven years old, Bell left Chicago to live in Mississippi and Alabama with his grandparents. During this time he played mostly in the church, immersing himself in the passionate expressiveness of the gospel tradition.

Making is own mark

At fourteen he moved back to Chicago and continued to play in church as well as forming his first blues band while attending high school. By seventeen, Lurrie Bell was playing on stage with Willie Dixon. In 1977 he was a founding member of The Sons of Blues with Freddie Dixon (son of Willie) and Billy Branch. The band recorded three standout tracks for Alligator Records’ Grammy nominated Living Chicago Blues series. In 1978 Bell joined Koko Taylor’s band and stayed for several years, honing his chops and learning the ropes of being a traveling musician. He continued to work with his dad as well, recording the 1984 Rooster Blues album Son Of a Gun and several other titles for UK’s JSP Records.

Not only was Bell recognized as an exceptionally talented guitarist and musician, his knowledge of different blues styles, his soulfulness and his musical maturity delivered write-ups in publications such as Rolling Stone and The New York Times. Battling and defeating a series of personal challenges kept him out of the studio and off the touring circuit, but Bell persevered. He re-surfaced in the mid-1990’s with a succession of four highly acclaimed records for Chicago’s Delmark label. Since the onset of the new millennium, Bell released the 2002 album Cutting Heads, and in 2004 Alligator Records came out with Second Nature, an acoustic duet recording with his father Carey Bell that was nominated for a WC Handy Award Acoustic Record of the Year by the Blues Foundation in Memphis.

In 2007, Bell started his own label Aria B.G. Records and released Let’s Talk About Love, which has been called his most accomplished, deeply heartfelt album yet. On the strength of this record, he was voted Most Outstanding Guitar Player in the 2007 Living Blues Magazine’s Critic’s Poll, and in 2008 and 2012 he was named the magazine’s Male Blues Artist of the Year. Since 2007 he has received multiple Blues Music Award nominations as Best Guitarist and Best Traditional Male Blues Artist by the Blues Foundation.

Pairing up and continued recognition

2009 found him pairing up with Billy Boy Arnold, John Primer, and Billy Branch on the recording Chicago Blues: A Living History, which garnered him his first official Grammy nomination for Best Traditional Blues Recording. In 2011 a follow-up was released; Chicago Blues: A Living History (The Revolution Continues) featuring Buddy Guy, Magic Slim, and Ronnie Baker Brooks. And in 2012 came the arrival of his second CD on Aria BG Records The Devil Ain’t Got No Music, a collection of acoustic blues and gospel songs that recollect the music he often played with his dad and at church in Mississippi and Alabama as a child. In January 2013 The Devil Ain’t Got No Music was honored with the Prix du Blues award from the prestigious French L’Academie du Jazz for the Best Blues Recording of 2012 and the title song (written by producer Matthew Skoller) received a nomination from the Blues Foundation for song of the year.

In 2013 Bell re-signed with Delmark to make Blues in My Soul. For this project he wanted to get back to the solid foundation of Chicago-style traditional guitar blues. Blues in my Soul features three new Lurrie Bell originals plus songs by Little Walter, T-Bone Walker, Jimmy Rogers, and Big Bill Broonzy and others. In 2016 Bell returned to the studio for his next Delmark CD “Can’t Shake This Feeling.” These days Bell has never been better, physically or mentally.

He is excited about his next project, his rendition of the Freddy King album She’s a Burglar. The gender-crossing revamping of King’s recording features special guests Steve Ferrone on drums and none other than King’s own brother and bassist Benny Turner. At last count Lurrie Bell has now appeared on over 50+ recordings either as leader or featured sideman. Lurrie Bell’s elegant and intense guitar playing and passionate vocals have made him a favorite at clubs and festivals around the world and have earned him a reputation as one of the “leading lights” in the future of the blues.